These dogs get second chances. Just like their inmate caretakers. 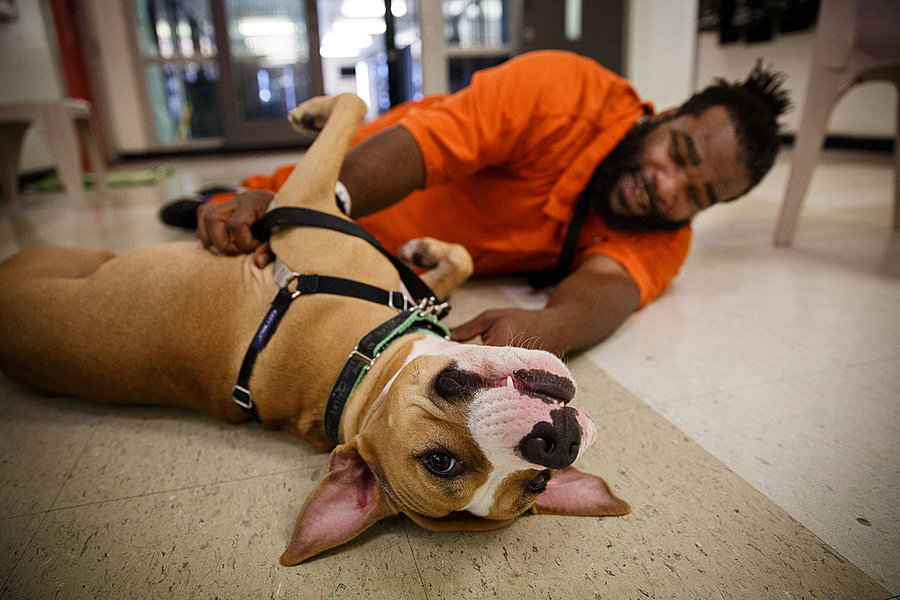 A stray dog started Norberto “Rob” Rosa on his path to recovery.

Mr. Rosa had begun using drugs at age 9. He was labeled a career criminal by 16. “I remember the judge telling me that there was no rehabilitation for me,” he says.

After a beloved family member died in 2002 while Mr. Rosa was incarcerated at Pennsylvania’s State Correctional Institution at Graterford, he signed up for an animal service program for inmates. “It was in that prison dog program where I regained my faith and life,” he says.

There he met Terp, a black Labrador mix who had been adopted and returned three times. The dog was in danger of being euthanized.

“I had my issues, he had his issues,” says Mr. Rosa. “All we needed was a little direction, some guidance, and some tools to work on it.”

The two of them found success together: Terp found a home, and Mr. Rosa was offered a job with the prison dog program when he was paroled in 2005. He went on to work for several animal welfare groups and shelters, reaching leadership positions at each.

But his own experience led him to want to create a different model – one that didn’t begin and end with obedience training for shelter dogs.

“The people that were on the end of the leash were just as worthy of a second chance as those dogs,” says Mr. Rosa.

During his time as shelter manager, he met Marian Marchese, who was a volunteer there. One day, she saw staff removing animals to be euthanized.

“I was extremely upset that such wonderful animals were not going to live because of a lack of resources and adopters,” she says. “I vowed that day to do something about it.”

“We look for dogs that are less likely to get adopted, [and] we train the dogs,” says Mr. Rosa, the associate vice president. “At the same time, we are working with the people who are caring for those dogs by providing them with skills that they can use.”

The vast majority of people selected for the program are granted parole. After that, the nonprofit connects them with a paid internship, transportation assistance, and extended reentry support. The goal is to help participants land full employment within 90 days of their release. 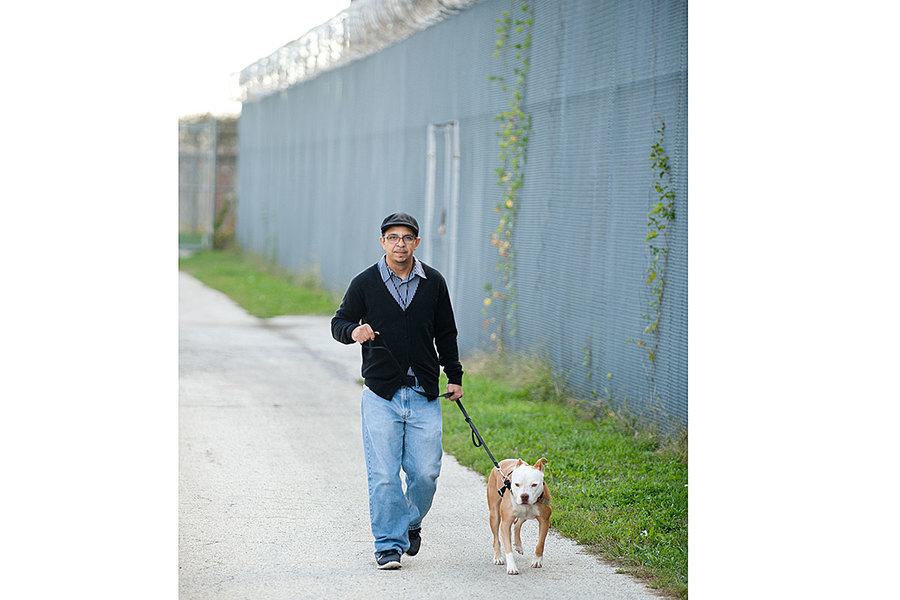 New Leash has worked with more than 340 participants since 2011. Mr. Rosa says the training and preparation that participants receive have, in some cases, led to careers helping animals – including some current animal control officers in Philadelphia. Between 2012 and 2018, the average one-year recidivism rate among participants was 7.1%, says Ms. Marchese. By contrast, 33.9% of individuals released in Philadelphia from incarceration in 2015 were rearrested within a year, according to the Philadelphia Reentry Coalition.

“I found myself stuck in a never-ending cycle of homelessness and substance abuse,” says Ms. Ross, who was sentenced to prison four times and forgot “how to be a productive member of society.”

Over a four-month period, she took in two dogs that lived with her in her cell as she trained them and prepared them for adoption.

In May 2017, shortly after she was released from prison, she began an internship at an animal shelter. That experience, along with the training she received from New Leash, helped her to land a full-time job at another company.

“I was taught how to begin to love myself again and be the person I always knew inside that I was,” she says in an email interview.

“A program that can take a broken girl such as myself, and give her the skills and knowledge to become a mother, sister, employee, and friend again seems pretty incredible to me,” says Ms. Ross. “Not only are they able to change a person, they give us – inmates – the chance to teach a dog that is in the same situation as us – caged and deemed unchangeable – and make them adoptable, which was one of my favorite things.”

In Mr. Rosa, she sees someone who is both supportive and relatable to participants.

“Rob brings the factor of common ground. … [Inmates] can relate to him on levels that you can’t relate to [with] anyone when going into a program,” she says. “Rob is still a major part of my life, and a continuous support system that I hold close to me.”

Ms. Marchese also speaks highly of Mr. Rosa and the role he plays in the organization.

“He turned his life around by himself with many, many roadblocks. He is the perfect role model and mentor for New Leash, [and] his lived experience makes our program more relevant and more meaningful,” she says. “He also understands the intricacies of the prison system and how to work with the prison staff and administration as a partner and facilitator.”

For Mr. Rosa, there is no shortage of motivation in his work with the nonprofit.

“I can’t even count how many animals I rescued; I felt extremely rewarded just knowing that they found homes,” he says. “But there’s nothing more rewarding than to know that you helped a human really see light at the end of the tunnel.”