ROSIE ON THE ROAD 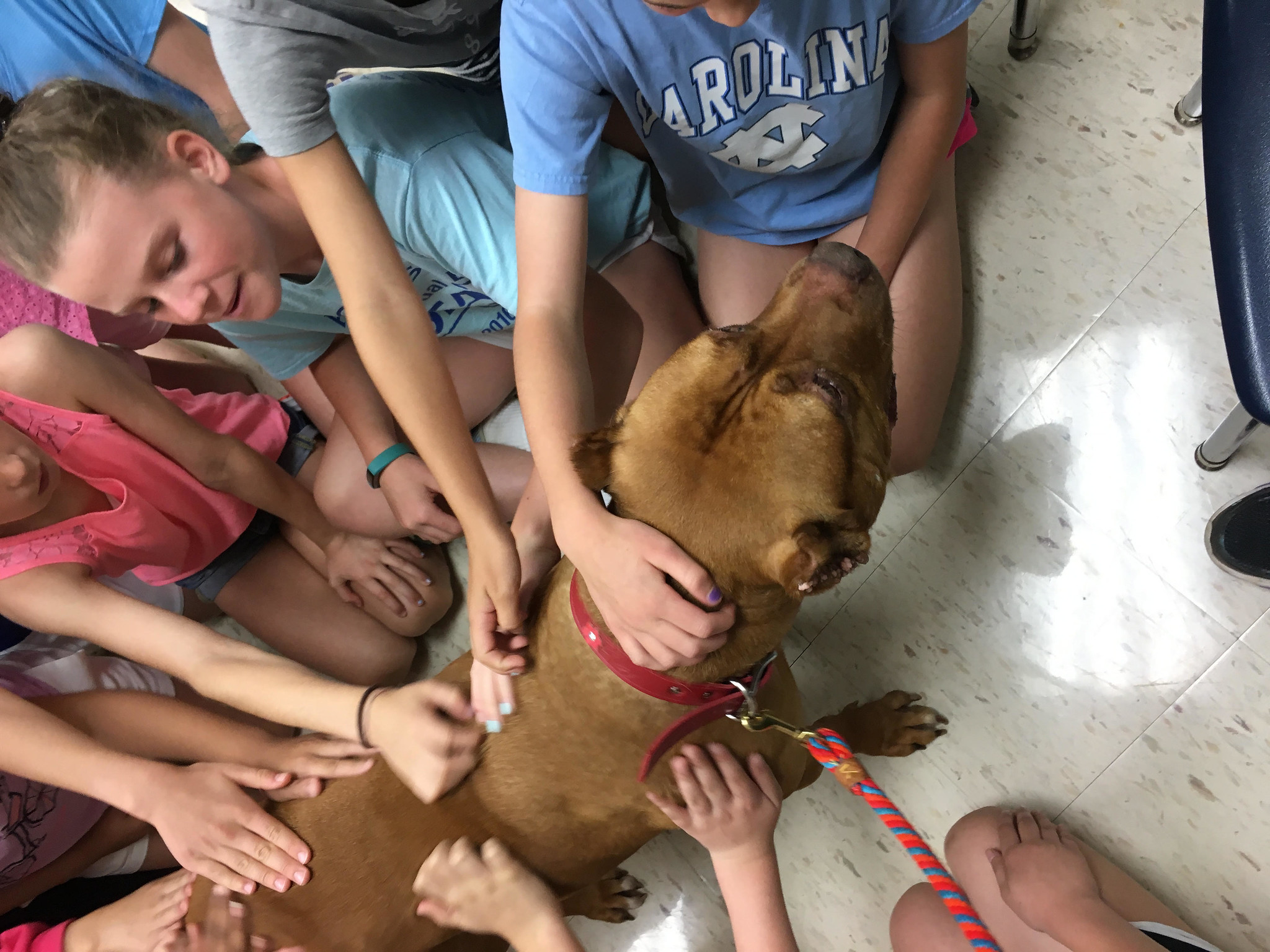 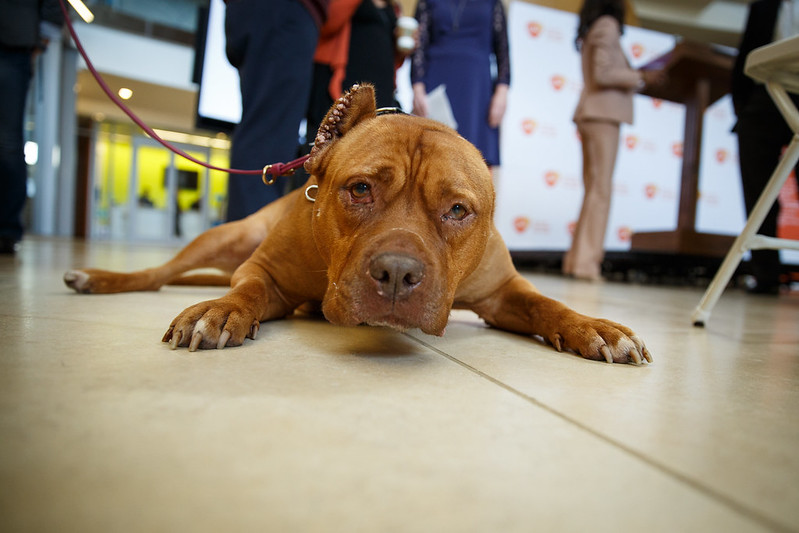 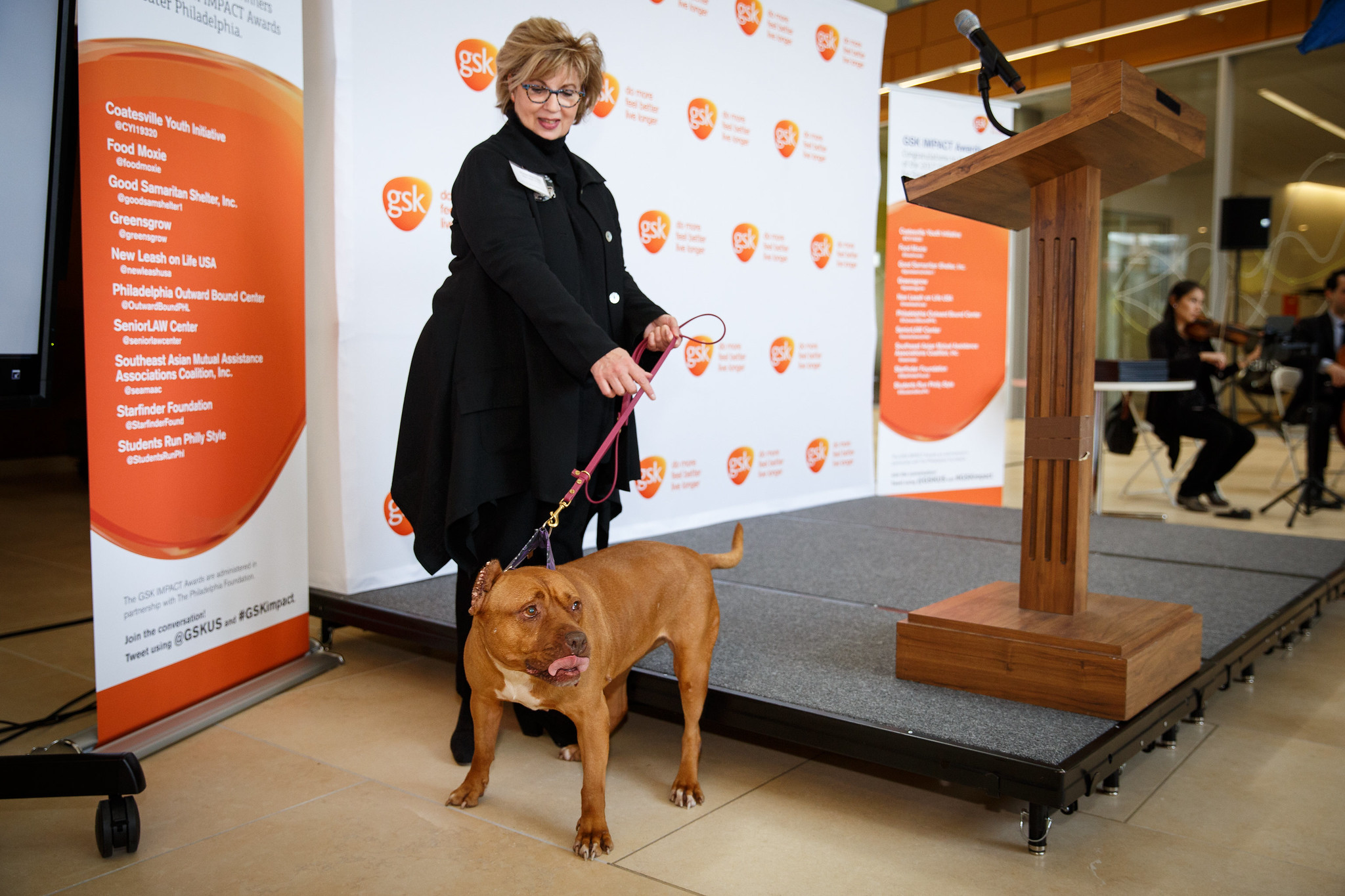 Location: Relaxing in her spot

It hurt to look at her. Her ears had been cropped using kitchen utensils, and had been stitched with fishing wire that was never removed. Her ears became swollen, crusty and disfigured from repeated and untreated infections (often referred to as cauliflower ears). Her red, inflamed eyes begged for hope as much as for help. The medical report revealed mammary masses, a uterine infection, and two ruptured eardrums—which left Rosie almost completely deaf.

Rosie didn’t fit the protocol for the New Leash on Life USA pre-release program. She was too sick to stay in prison, but we knew we couldn’t abandon her. The New Leash team made a decision: we would pull her from the shelter where she faced the certainty of euthanasia, and trusted that we could raise the resources for the medical care she desperately needed.

An appeal went out to our supporters and the responses poured in: a compassionate volunteer opened her home as a foster, emergency donations and kind notes were delivered, and Rosie’s medical care began.

Rosie’s masses were cancerous which meant the vet bills and medical costs would be much larger than we originally anticipated. That’s when our partner, Ryan Veterinary Hospital in Philadelphia, stepped in. As part of the University of Pennsylvania’s School of Veterinary Medicine, they had a place for Rosie in a special mammary cancer program. All costs related to Rosie’s cancer would be covered!

Despite obvious abuse, pain, and neglect, Rosie rallied under the gentle care and attention she received. Her resilient spirit responded back with a gentleness that showed she was eager to show love and affection.

Our sweet girl is now cancer-free, in a loving home, and is content. She’s become the permanent ambassador of New Leash on Life USA, accompanying us to promote our program in children’s classrooms, at fundraising parties, and during special events. We’ve made a promise to Rosie. We’ll take care of her for the rest of her life, and she’ll keep reminding us of the power of believing in second chances.

If you would like Rosie to visit your school, office or special event please fill out the form below.

Please note there are a limited number of opportunities for visits.

A Message From Rosie

I want to thank all of my fans for your support through donations, medical assistance, volunteering, and love. Dogs are resilient animals and I’ve learned to live in the moment and not look back. I love my life every day due to the care and support of my human companions. 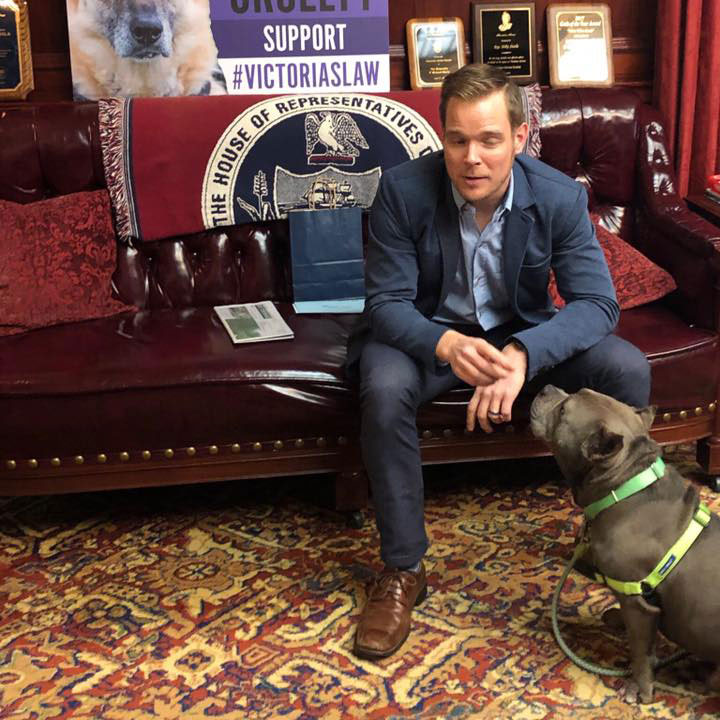 Franco at the house of represenatives 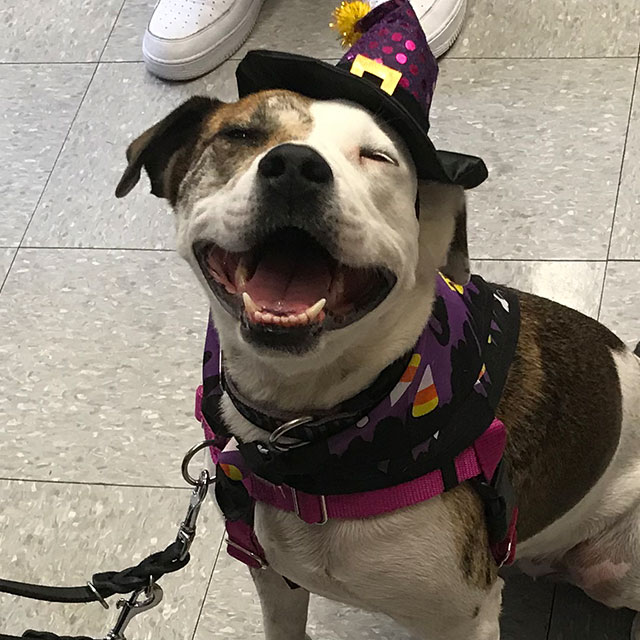