The New Leash on Life USA program is focused on reducing recidivism and increasing the adoptability of the at-risk shelter dogs we rescue. We accomplish this with an innovative reform model that leverages the powerful bond between dogs and humans for long-term success. 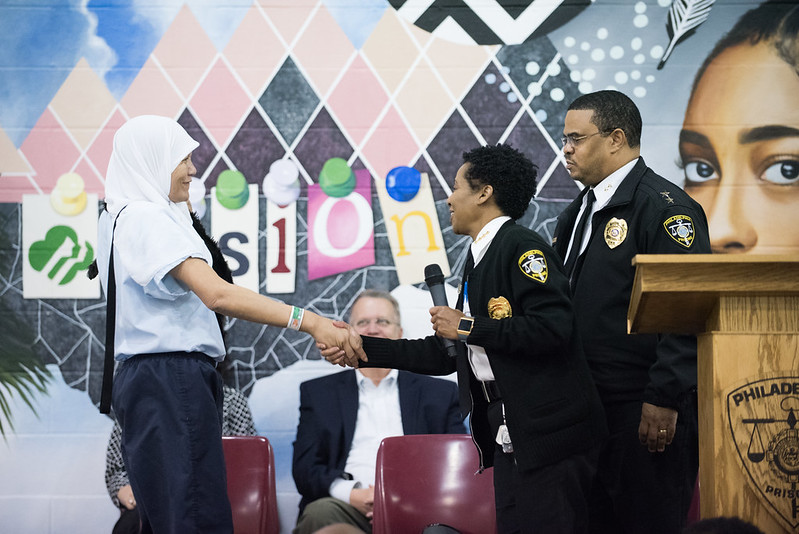 The New Leash program provides a range of services and supports that are designed to meet the individual’s unique needs and situation while building a culture of success and possibility. Our focus is to reduce recidivism and restore lives by providing the skills and opportunities that allow many formerly unemployable, repeat offenders to rise above poverty and become contributing citizens in Philadelphia.

Our model begins during incarceration with a dog training program that teaches practical life and social-emotional skills and extends to comprehensive case management upon release. Through this extensive approach, we prepare men and women for a successful transition as they reenter society.

Our part in the prison system

Philadelphia has the highest per capita incarceration rate of the 10 largest U.S. cities, with almost 7 out of every thousand citizens behind bars[1]. The costs of incarceration are high—the city spends seven cents out of every dollar on its prisons, which is more than it spends on any other function besides police and human services[2], and the city spends an estimated $50,000 per inmate per year on incarceration[3]. There are 36,000 people moving through Philadelphia Department of Prisons in a year at the rate of about 100 people admitted every day[4], and one of the major causes of the high rate of incarceration is recidivism. A Pennsylvania Department of Corrections report states that six in 10 people are rearrested or are re-incarcerated within three years of release[5].

Most returning citizens leave prison without having had meaningful job experience and find few employers willing to take a chance on them. As a result, they are unable to find jobs to support themselves and their families. While the expectation and hope for these returning citizens are that they will reenter society and become productive citizens, they have few resources to support that intention and, in fact, face a wide variety of roadblocks.

Our program does not accept participants convicted of animal abuse, child abuse, sexual abuse, or arson. Please note that New Leash on Life USA does not select participants, rather, the selection process is left solely to the discretion of prison officials.